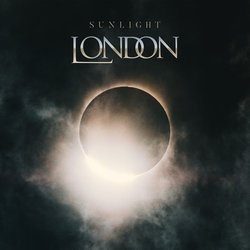 SUNLIGHT... The first single from the album, showcases Gabraelle’s vocal talent coupled with a killer music video filmed and directed by Hollywood whiz Brian Cox (Hollywood Undead, Will Haven, Butcher Babies) on location at the famous Portsea back beach in Victoria… ironically right next to London Bridge!

The band has been working tirelessly on their debut release, writing and recording at dw Norton’s Black Mountain Sound Studio. All music for the album has been written by Norton and all lyrics & vocals written by London Gabraelle.

With an experienced band behind her, including guitarist Steeden (Horrorwood Mannequins) and bass player Kim Roberts (Burn The City) London Gabraelle shines as the best new talent in Australian heavy music. If huge riffs, pounding double kicks and massive heavy rock anthems are your thing... LONDON will be your new favourite band!