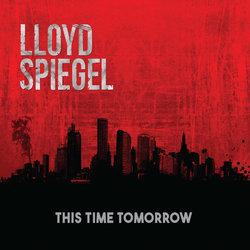 Australian Blues master and acoustic guitarist extraordinaire Lloyd Spiegel is delighted to announce the release of his ninth album ‘This Time Tomorrow’, and is headed on an extensive tour to celebrate.

‘This Time Tomorrow’ was written as Lloyd travelled through Europe, Central and North America and delivers driving rhythms that return Spiegel to his gut bucket blues roots. Shady and colourful characters spread out over continents and decades, through places forgotten and familiar. ‘This Time Tomorrow' is a return in fine form from an artist at the top of his game, and lead track ‘Devil On My Shoulder’ sets the mood of the album right from the get go.

It’s been a while since Spiegel’s last studio album - 2010’s Tangled Brew - but he’s been far from idle in that time. He's toured the world relentlessly, launched his own signature model guitars and cemented his position as a bona fide festival headliner in Australia, with his recent performance at Bluesfest in Byron Bay the cherry on top.


Lloyd spent much or his early career in Kansas City. Returning recently for the first time in 16 years brought about this track which returns him musically to his foundations.


Other tracks by Lloyd Spiegel: Devil On My Shoulder  -  This Time Tomorrow
%