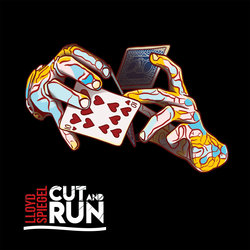 Acoustic Blues trailblazer Lloyd Spiegel is pleased to announce the release of his 10th album ‘Cut and Run’ and is headed out on a mammoth Australian tour to get people acquainted with the new tracks.

From the fiery boogie opener ‘Any Second Now’, through to the dark acoustic closing of ‘Old Wounds’, Cut and Run takes the listener on a trip from honest acoustic ballads to searing Blues Rock and captures Spiegel at his best as a vocalist and guitarist while providing some of his best lyrical work to date.

The new album, along with This Time Tomorrow (2017) and last year’s Backroads concludes a trilogy of albums and represents the fruits of an intensely creative time for the Melbourne-based bluesman.

Says Spiegel, “the last three years I’ve written one album while touring the previous so it’s a natural progression that each group of songs is a response to the last. Cut and Run has a positivity and clarity in it that for me, resolves a great deal of the questions I asked myself on the last two albums. It’s definitely the end of a chapter for me both musically and personally.”


The fiery, high energy opener that sets the pace for Spiegel’s 10th release Cut and Run. A hard edged boogie with all the trimmings.