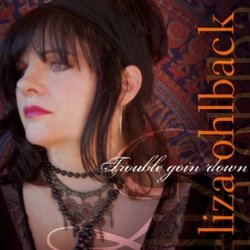 Liza has an amazingly versatile voice described as a mixture of Etta James, Aretha Franklin and Betty Lavette and is commended as a songwriter who tells it like it is, with humour sensitivity & soul.. Having been a regular singer in Sydney for over 20 years, she has worked with such acts as Richard Clapton, Tony Neville, Renee Geyer.

Combining heart- wrenching Ballads, foot stompin blues grooves, a big lacing of Gospel harmonies, witty, cutting lyrics and a voice that will send shivers up your spine this album is getting rave reviews, and has already been in the top 20 list of some Sydney radio Stations.

A song all can relate to about Trouble brewing in a relationship.


Other tracks by Liza Ohlback: Heading for Home