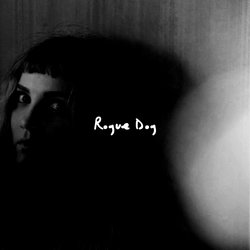 Her new single, ‘Rogue Dog’, marks a fitting return from the Melbourne indie folk songwriter, who first made her presence known after winning the Telstra Road To Discovery in 2015, and further introducing music fans to her velvety smooth debut EP Timber in 2017.

Now, two years on, Cartledge has provided fans with a snapshot of her growth and determination as a songwriter and musician with her first release for 2019. ‘Rogue Dog’ looks inward while shining with promise, as Cartledge gets introspective and paints a self-aware portrait of herself, ever-maturing and ever-evolving.

“Cartledge’s voice has the same velvety texture as Katy Steele or Abby Dobson.” -I OH YOU

“As a cooing howl grips onto a cloudy synth, Cartledge’s raspy voices rides on a wave of mist sweeping through a rural paddock of yellow stained grass.” - SpeakerTV

With a songwriting tendency that has led her down the path of some Australian greats including Paul Kelly, Missy Higgins and Thelma Plum, Cartledge has been serenading audiences since a young age. From her busking beginnings, to sold out shows of her own, the warmth that lies at the centre of her music is one that has grown with her musical talent.

When Liv Cartledge repeats this line, her voice lingers like smoke as the words hang with the perfect level of emotion. ‘Rogue Dog’, marks a fitting return from the Melbourne indie folk songwriter, who first made her presence known after winning the Telstra Road To Discovery in 2015 and again with her 2017 'Timber' EP.