Little Red - All Mine 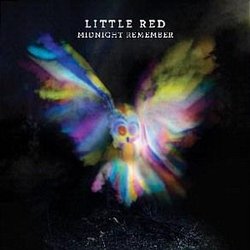 LITTLE RED’s Gold selling album, MIDNIGHT REMEMBER, spawned the singles SLOW MOTION and the Platinum selling smash hit ROCK IT. Both singles were voted into triple j’s Hottest 100 with ROCK IT coming in at #2. ROCK IT is currently in the Top 40 on the ARIA singles chart and is still in the Hot 100 after more than 6 months at radio.

ROCK IT and SLOW MOTION have received ATB support nationally on NOVA, the Hot 30, the Today Network & Sea FM as well as nights rotation on Triple M Melbourne & Sydney.

Now comes the heartfelt, epic crossover single ALL MINE, which showcases the band’s classic pop influences whilst revealing impassioned vocals and widescreen, soaring guitars that have drawn comparisons to U2 and label mates The Temper Trap. ALL MINE always raises the roof live and was a crowd favourite on this years national Big Day Out tour where the band played the mainstage to thousands of fans.

The band are heading to SXSW in March to play showcases plus additional shows in NY & LA where interest in the band has peaked since ROCK IT featured in the new Hollywood feature film, No Strings Attached.


'All Mine' by Little Red is the highly anticipated follow up single to 'Rock It' and 'Slow Motion', taken from the ARIA top 5 album 'Midngith Remember'.


Other tracks by Little Red: Rock It  -  Slow Motion
%