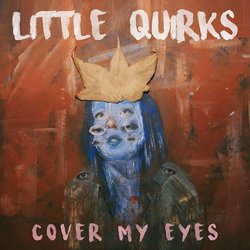 There’s little chance of the Gosford band slipping under the radar any more. Their last single – the independently released ‘Crumbled’ – has clocked up nearly 2 million streams on Spotify and the band are playing bigger and bigger stages, from folk festivals to supporting the likes of Jack River and Xavier Rudd.

Now their new EP, Cover My Eyes, is to be released track by track, beginning with ‘Life Wouldn’t Be', a minor-key beauty about leaping into the unknown. The producer is Wayne Connelly, who has a faultless indie pedigree, but who Little Quirks particularly appreciated for his work on alt-folk and country acts such All Our Exes Live in Texas and Boy & Bear. The brief was to bring some exhilarating pop and indie to their delicate folk side.

With that accomplished, it’s still the raise-the-hair-on-the-back-of-the-neck three-part harmonies that are at the heart of the Little Quirks sound. Like siblings First Aid Kit, Little Quirks have an almost psychic ability to blend their voices.


Comprised of sisters Abbey, Mia and cousin Jaymi the talented youthful sweet trio that make up Little Quirks, arrange music in a way that's so inviting its almost mesmerising, as their three part harmonies combine to create their own distinctive sound.

Now their new single “Life Wouldn’t Be”, brings some exhilarating pop and indie to their delicate folk side.