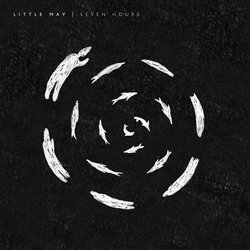 Having spent a significant amount of time overseas over the last 12 months, Annie Hamilton, Liz Drummond and Hannah Field are continuing to play sold out sets across their home turf in Australia, as well as the UK, Europe and the US. Their May/June 2015 tour saw them selling out their London show two months in advance, alongside a packed Paris performance and string of UK dates. Across the pond in the US, Little May played alongside the likes of Mumford & Sons, Alabama Shakes and The Flaming Lips on the Gentlemen of the Road tour, before their performance at Bonnaroo Festival where they also supported The Vaccines for a handful of select dates. The outfit will also be performing at Reading Festival and Leeds Festival later this year.


Little May today bare their new single ‘Seven Hours’. Showcasing what Little May do best – slow-burning, melancholic melodies that reflect equal parts hope and heartbreak, the second single is taken from their debut album “For The Company” available October 9 via Dew Process/Universal Music Australia.

Other tracks by Little May: Remind Me
%