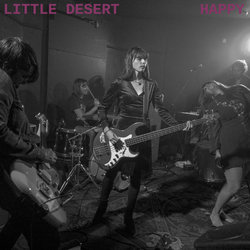 The release of the single ‘Happy’ (Nov 2018) sees the first recorded output of the
current lineup featuring incendiary guitarist Bonnie Mercer (The Dacios/ Grey Daturas) and
bass player Emma Dunstan (Synthetics/ Hi-tec Emotions) who joined Roman Tucker (Rocket
Science) on keys, Ash Wyatt (Red Red Krovvy/ Synthetics) on drums and wild woman vocalist Esther
Rivers. Happy is taken from the upcoming EP Anima set for release in 2019, the bones of which
were drawn by Esther and Roman during an idyllic summer sojourn on an Italian hillside in 2016.
Since then this incredible band have scorched themselves a reputation for unforgettable live shows in
their home town and up and down Australia’s east coast. Their sound is their own, an eclectic mix of
60s psych, 70s punk, 90s rock, and vintage European vocalists. They have been compared to
Jefferson Airplane fronted by Patti Smith, Black Sabbath crossed with Heart, Coven, Blues Pills,
Catherine Ribeiro & Alpes, Savage Rose and countless more, none really nailing their whole sound.
Part rock ‘n’ roll, part exorcism, part punk show — to capture their sound is one thing, yet to see them
live is a whole other realm entirely.


‘Happy’ is a raucous ode to sisterly love and embracing life. A stomping psych-punk killer their loyal fan-base will undoubtedly recognise from their incendiary live show. We’re sure it’s going lure many a new convert to the cult of Little Desert. A strange, magnetic and wild band, with a unique sound all their own.