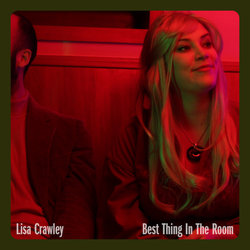 Prolific songwriter and multi-instrumentalist Lisa Crawley grew up teaching the other kids in her class how to play the recorder.

The push and pull of her musical vision has taken her the world over, seeing her grace stages in the UK, Asia, USA, Europe, SXSW, CMW, and was selected for the songwriters residency at the prestigious Banff Centre for Arts & Creativity, where singles ‘Wedding Band’, 'Baby It's Fine' and ‘You Got Me’ were created.

Creatively insatiable, the last few years has seen Crawley finding time in between writing and composing her own music, arranging and performing her own songs for Symphony Orchestras and opening for Suzanne Vega, John Mayer, Jools Holland, Paul Weller, Simply Red, Kimbra, Marlon Williams to name a few.

Lisa has been writing with Grammy Nominated producer Rob Kleiner, and recently starred in the New Zealand production of the award winning musical 'Once', gaining rave reviews.

Her highly anticipated third album is due for release in February 2020.