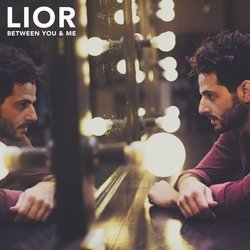 Lior burst onto the Australian music scene in 2005 with his stunning debut album - ‘Autumn Flow’. Recorded and released entirely independently, the album became one of the most successful independent debuts in Australian music history. A swag of accolades followed, amongst them three ARIA nominations including Best Male Artist.

Alongside his career as an artist, Lior has also enjoyed a broad range of success as a songwriter. In 2012, Lior won an APRA award for “Best Song Composed for the Screen” for his song ‘Hey Hootabelle’ which he composed for the ABC Kids show “Giggle and Hoot.”

In April 2015, Lior was invited to be the sole Australian performer at the prestigious 100 year anniversary of the landing at Gallipoli, performing his song ‘Safety of Distance’.

Most artists set out with an ambition to build a career based on musical credibility and integrity whilst maintaining an independence and individuality in their craft. Lior is certainly part of that rare breed that has achieved this whilst garnering a great degree of success and critical acclaim.

From October-December 2018 Lior embarks on an Australian tour performing a wide selection of material in celebration of his new album “Between You and Me”.


‘Paper Skin’ is about the disparity of how complex we are underneath the surfaces we present, and that in the face of such incredible complexity, we want to surrender in to the hands of another.