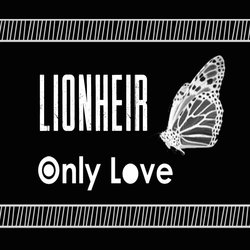 Known for his raw live performances and rock-infused style of pop, Lionheir rolls out of the Northern NSW hills this November with a number of Australian shows and his first major release since 2015.

Formerly known as solo acoustic artist Paul Appelkamp, the songwriter, producer and performer started operating in 2012 as Lionheir - an artistic indie-rock-pop project dear to his heart. Lionheir’s debut album, Lair (2012), had its tracks played on JJJ and radio across Australia and won a finalist spot in the International Songwriting Competition. The follow-up album, Dangerous Happiness (2015), was mixed by Jordan Power (Angus Stone, The Temper Trap, Liam Finn) and took an alternative-rock direction.

After the Dangerous Happiness tour in 2015, Appelkamp took a hiatus from Lionheir and fathered three children. His songwriting sessions moved into the garage where he strummed an acoustic guitar quietly by night and, ultimately, revolved back towards acoustic-based songwriting... only this time with a hint of psychedelia. This includes a new euphoric, spacey single Only Love which was produced by talented Australian drummer Grant Gerathy and is due out in November.

Rested, regenerated and with a clear path, the lion’s leaving the garage a new animal.


Strong hooks and classy production drive this atmospheric folk-pop song laden with melodic and harmonic sugar.
An enduring theme of finding and keeping clarity in life rolls on with direct, yet highly artistic, lyrical choices.
Produced by currently one of Australia's best drummers, Grant Gerathy, Only Love is another creative step forward in Lionheir's growing catalogue of songs.