Lincoln Mackinnon - Once You're Wrapped Around Me 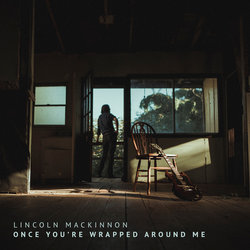 Still kicking ass and singing his heart out, Lincoln Mackinnon has been racking up frequent flyer miles all year. With his band The Wrecking Train, Lincoln has gone from festivals in his now-hometown of Fremantle to headlining a national tour up and down Australia’s east coast, showcasing the best of his electrifying rock and roll. Playing with illustrious guests Tex Perkins, Will Crighton and The Southern River Band, has seen Lincoln recognised by his brand of unpredictability on stage and the inspiring stories in his music.

Sparks Will Fly, Lincoln’s sophomore album, was released earlier this year to critical acclaim and featured as RTR FM’s local independent album of the week. Featuring crazy stories of wild camaraderie, this album of “love, loss and chaos” is the epic tale of Lincoln the journeyman, the cowboy and the artist.


A precious ode to that special someone, “Once You’re Wrapped Around Me” is the sincerest of love songs; sweet and to the point. With gorgeous harmonies from fellow WA artist Billie Rogers, Lincoln, with his familiar twang, sings of all the loving emotions in this timeless romance. Put simply, “I’d give the skies above to be the one you love.”