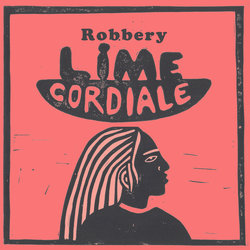 Lime Cordiale today return to the airwaves with their brand-new single Robbery which is unveiled alongside the official video. Hailing from Sydney’s Northern Beaches, the band’s upcoming tour is set to be their biggest NZ & Australian tour to date with a string of some thirty headline shows scheduled to kick off at start of next month with dates well off the beaten path across WA, SA, NSW, VIC, QLD and TAS. Due to high demand, a number of new dates have just been added to the run. Tickets are flying via their website.

Brothers Oli and Louis Leimbach who are responsible for delivering us glorious hook-laden jams which combined boast over 50 million streams, have been winning over fans all over the world and gaining huge momentum internationally. In a major boost for their burgeoning international career, it was just announced last week that Lime Cordiale have been signed by multi-platinum selling global megastar Post Malone and his manager Dre London to a co-management and label deal with Sydney-based Chugg Music. London and Malone recently set up a new company together called London Cowboys.


Of the wildly infectious soul-pop jam Robbery Louis Leimbach says “I love the 60’s feel to the song. The whole song could just be a baritone sax and a snare and all the main elements would be there."