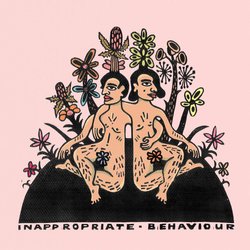 Oli and Louis Leimbach are better known as the brothers who front Lime Cordiale. The Sydney band who are responsible for delivering us hook-laden jams such as Money and Dirt Cheap.

2019 is proving to be a milestone year for the band, having just wrapped up their twenty-date Australian & New Zealand headline tour which saw them selling out and due to high demand adding multiple new shows. Lime Cordiale’s second-annual music event THE SQUEEZE kicks off at the start of next month before the band head off overseas to play what is a mammoth run of debut UK/EU tour dates where the band will play some twenty-seven back to back shows throughout July and August including headline shows at O2 Academy London, Paradiso in Amsterdam as well as multiple festivals across Europe.


Inappropriate Behaviour is the latest single to be lifted off their second full-length studio LP which is expected to drop in the second half of the year. The track was produced by Lime Cordiale’s long-time friend and collaborator Dave Hammer, the name behind their 2017 debut LP Permanent Vacation which reached #1 of the 2017 AIR Australian Independent Album Chart.