Lily and the Drum - Jump Right On In 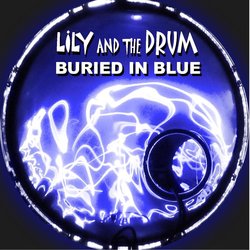 Vocalist and guitarist Lily unites with John (Drum) on percussion, harmonica and backing vocals to provide something a little different. Their music embraces a variety of styles but can be defined as “Contemporary Blues, Roots, Rock & Soul”.
Their shows have been described as “honest, raw and energetic” and “a guitar and drum duo with an exciting rich melodic sound”.
In 2012 they released their debut album “Nobody Just Like Me” and have not looked back since undertaking extensive touring throughout Victoria, NSW and SA.
The duo is popular for their live performances however their recorded performances have also captured the attention of the music industry with 2 Albums in the Top 25 Most Played Albums Australian Blues and Roots Airplay Chart.
Lily and the Drum have performed at numerous festivals and further booked for a number of major festivals in 2016. Engaged to open for acts such as The Black Sorrows, Mental As Anything and supported by many Radio Stations in Australia including the ABC the duo has built a good solid following in SA, NSW & Vic.
They continue to tour across the country with the release of their brand new album “Buried in Blue” .


An uptempo contemporary blues track that talks about jumping in to life, getting on with it and having some fun.

Other tracks by Lily and the Drum: Are You Gonna Be Brave  -  Time For A Good Time (The Bendigo Song)
%