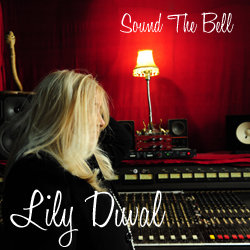 Lily Duval has been performing in blues and folk clubs for many years and has now stepped out of the studio with two new original tunes.

After two successful single releases on iTunes during 2014, Lilly Duval will be taking to the stage later this year to support these and her new release ‘Sound The Bell’ / ‘Hunger’ due out this April.

Taking her stage name from her Grandmother who was also a performer Lilly has developed a distinctive voice and style which has struck a chord with local community radio Blues Programs. Her writing comes from her own experiences and also long time influences such as Joan Baez, Joni Mitchell and Janis Joplin.

The releases have all featured the iconic photography of the master himself, Tony Mott.


A more thoughtful song to back up the sound the bell single with only a simple but powerful acoustic backing, which has become one of her signature sounds.

Other tracks by Lily Duval: Sound The Bell
%