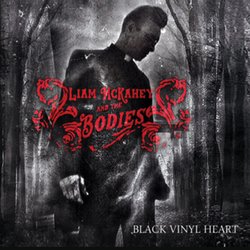 Liam McKahey hails from Cork in Ireland. Former lead singer of highly acclaimed UK band Cousteau, Liam relocated to Canberra, Australia with his young family. Since settling down, Liam has remained active on the music front both in Australia and the UK. Recently he participated in the Toni Visconti project ‘International Blue’ which features several vocalist of note from the 80s through to the late 90s including Glenn Gregory from Heaven 17 and Midge Ure of Ultravox fame. On the home front, Liam has put together an impressive lineup of local musicians to form The Bodies. . A mix of Americana/blues/rock reminiscent of Johnny Cash, Lee Hazlewood, Nick Cave.


A song about the male libido, and the pitfalls of this sometimes agonising bedfellow, something Kingsley Amis described as. ' being handcuffed to the maniac ' a biological craving through the centuries , a genetic need to procreate that becomes a mental prison

Other tracks by Liam McKahey & The Bodies: Long Black Train  -  A Girl