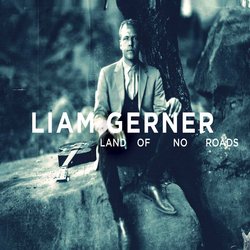 “Liam is an extraordinary musician. Both as a songwriter and performer Liam is a force to be reckoned with.” Ryan Bingham

Steeped in blues and country music, Liam Gerner left his rural family life in Adelaide hills to seek his fortune in London. Almost immediately he was treated as a “hot new talent” and experienced the music business at its most corporate. Breaking free, he headed to the US, joined Texan country rocker Ryan Bingham’s band on guitar and experienced frontline American roots music. Returning to Australia in early-2013 Liam had his guitar, songs and Land Of No Roads, an album cut with LA’s finest.

“Ryan Bingham (Oscar and Grammy winner for film Crazy Heart) and I met when I opened for him in a Dublin pub. We got on grand and he invited me to the USA to tour with him in 2011.

Land of No Roads was recorded at Rick Rubin’s studio Shangri La in 3 days & produced by Rubin’s engineer Eric Lynn.


Mother Nature's Runaway Girl is the 1st single from the new album Land of No Roads.