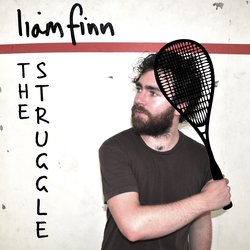 Liam Finn has spent the last few months in New Zealand’s Roundhead Studios recording the follow up to his critically acclaimed debut album, I’ll Be Lightning.

I’ll Be Lightning was released worldwide and earned him Artist to Watch accolades from The Wall Street Journal, Rolling Stone, Stereogum and more. Spin called it "a remarkable solo debut album of bittersweet indie pop." locally, Inpress Magazine called it “Stunning…One for the collection” while Rip It Up awarded it a 9/10.

The highly anticipated second album titled FOMO, produced by Liam and Burke Reid, will be released through Liberation Music in June.

The Struggle is the first single from FOMO and with its bombastic instrumentation, sees Liam burst out of the studio, straight onto 14 date North American tour which begins with 5 performances at this year’s SXSW Music conference in Austin, Texas.

Never one to be complacent, Liam will be taking his live show to a whole new level by touring with a full band! He says “It's so much fun to hear the old songs again with a full band after getting so used to playing them all stripped back.”


The Struggle is the first single from FOMO and with its bombastic instrumentation it's sure to be one of the most popular.

FOMO will be released through Liberation Music in June.