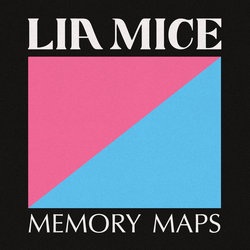 Experimental pop artist Lia Mice cut her teeth on Australian underground punk and soul before relocating to the Brooklyn noise scene for half a decade, where she performed her fingerprint sentimental art-pop in spaces as diverse as DIY house parties to Manhattan's Museum of Arts And Design.

Inspired by a tour of Tokyo, Lia Mice's 2012 debut LP 'Happy New Year' hid it's dark pop melodies amongst cinematic territories, chimes, bells and vintage synths, performed at such hypnotically slow tempos that Time Out Tokyo coined the genre ‘narcoleptic pop’. In support of the release, Lia Mice embarked on a world tour of USA, Australia and Europe, ending in France where upon she became stranded when her return flight to Brooklyn was postponed due to Hurricane Sandy. Not one to turn her back on destiny she spontaneously relocated to France for good.

Entitled 'I Love You', and out October on Sydney’s Rice Is Nice, Lia Mice's second album and her first experiment in danceable tempos was inspired by new music uncovered during in her first year living in Europe: in the grooves of yé-yé singles; on the dance floors of converted boat-venues and in the theme songs of classic French cinema.