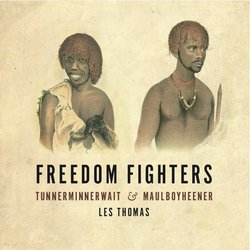 Les Thomas is a Melbourne singer-songwriter and activist in the tradition of people like Joe Hill and Woody Guthrie.

Releases to date include his debut album Survivor's Tale as well as singles 'Song for Selva', 'Free Ranjini', 'Hey Joe' and 'Freedom Fighters'.

Les uses his music to celebrate his Aboriginal identity and assorted heritage, in the spirit of sharing. He has also made significant contributions to the Melbourne singer-songwriter community via his Unpaved initiatives.

“Les Thomas makes me want to be a better person . . . he’s a bloody good singer-songwriter.”
— Timber and Steel

"In the folk tradition of Woody Guthrie . . . people like Les Thomas that keep the origins of folk forefathers alive and true." — Lauren Duiker, The Orange Press


'Freedom Fighters' tells the epic and under-acknowledged story of Tunnerminnerwait and Maulboyhenner, two Tasmanian Aboriginal men, who became the first men hanged in Melbourne in the year 1842. Les Thomas commemorates and honours their eight-week long resistance campaign and sacrifice.