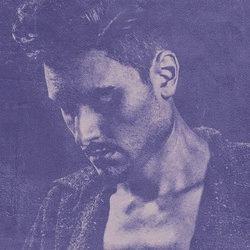 A descendant of Incan shamans, Hungarian gypsies and Irish poets, Leon Thomas is a Melbourne singer, songwriter and storyteller on the verge of releasing his debut record. With influences spanning Dylan, Hemingway and Hendrix, his sound is gospel, blues, folk and rock. It's authentic, fearless music delivered with heart and soul.
Produced by Stephen Mowat (AKA hip-hop producer Matik) at Sing Sing Studios, the songs were recorded in the tradition of great studio albums from bands like The Pixies, The Stones and Led Zeppelin; live in one take, straight to tape and with no overdubs. Described by the session’s sound engineer as "angels pissing in my ear”, the result is an honest and lucid listening experience, capturing the energy of the moment faithfully.
Leon’s songs explore the realms of the mystical, the dark and the divine, all styled in blues alchemy and served with authenticity. Having performed alongside local and international heavyweights such as Clairy Browne & The Bangin' Rackettes, Mojo Juju, Tinpan Orange, Gregory Page (USA) and Harry Angus (The Cat Empire), the Leon Thomas live experience features some of Melbourne's most talented musicians, they are renowned for delivering a high-energy show, free of pretense and full of conviction.


‘Three Seasons’, with its sparse, ethereal arrangements explores themes of the natural world and its limitless space.

Other tracks by Leon Thomas: Holy Smokes  -  A Message
%