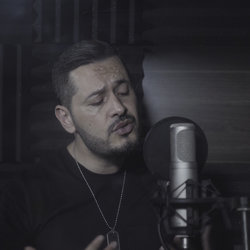 Lenken Isaac is a refugee from Iraq, fleeing to Iran, then Greece as a child in the mid 1980s. During the war between Iraq and Iran, the great escape could have ended his families life if they were caught. Music was a passion of his father and it was his dads way of releasing any stress and anxiety during the war. The genes flowed from father to son as Lenken picked up a microphone for the first time to sing at a birthday party at the tender age of 15 in NZ, the reaction that he got was a feeling he's been chasing ever since, music is his number one passion, and has worked hard even though the music industry is a hard scene to break into, he once was amongst the finalists in NZ idol in 2006, and performed gigs in and around Sydney since 2007. He's very humble and inspirational towards family and friends, he's the guy you turn to for an ear to listen to and for sound advice. A humble soul and charisma that brings out the best in the people who he surrounds himself with. A truely talented individual with a heart of Gold.


'Your Love' is a modern day love song, with well written lyrics and well composed single, a slow jam, modern day R&B, An addictive song that talks of love at first sight, it helps the listener escape into a trance like state as the chorus reaches vocal highs hitting a crescendo combined with it the old school talk box.

Other tracks by Lenken Isaac: The Only One I want