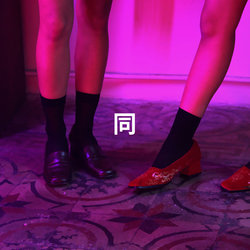 With a production style and sound that’s equal parts Kanye West, Shlohmo and The Weekend, a silky-smooth, distinctive voice that effortlessly lends itself to low-key R & B grooves, and a zealous artistic vision, 23 year-old Brisbane-based producer & singer Tristan ‘Leng Hock’ Agostino has all the makings of a future R & B star.

A producer since 16, Leng Hock produces his own beats and writes and sings his own melodies; overlaying dark beats with soft vocals for a stylistic output that’s both “sweet ‘n’ sour”; one that speaks of a gentle soul that’s grown up in a hard place.

Part Chinese, part Australian, and part Italian, Leng Hock’s musical and visual identity as an artist is imbued with a strong sense of the international; he’s able to translate effortlessly between English and Mandarin in his lyrics, and draws inspiration from across the globe; from Korean superstars G Dragon and Taeyang, to UK grime and US trap, and strip-club rap. His music progressiveness is matched only by his forward-thinking fashion, that amply presents itself in his self-directed, self-styled video clip for provocative new single, ‘Same’.


"Same" comes accompanied by a bold, provocative, video clip, shot in Brisbane’s Chinatown. It depicts a forbidden, late-night world, of scantily-clad girls and shadows, where danger and pleasure rule.