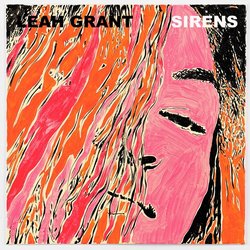 Leah Grant's songwriting skills were forged growing up on a farm in Dongara in regional Western Australia. As a teenager, Grant began performing in various bands including a a feminist punk rock outfit and a new metal band before moving to the city. Here, she began performing solo, going on to win the “Emerging Artist” award at the 2014 Nannup Festival. She also began to study audio engineering so she could learn to record her own music and communicate more effectively the sounds she heard in her head.

As she was building on these early stages of her career, Grant discovered that she had the BRCA gene mutation. She decided to undergo a double mastectomy with no reconstructive surgery as well as preventative ‘sterilization’ to minimise any future risk of cancer. This experience has fueled her songwriting, helping to galvanise her feminist outlook and the social commentary within her lyrics.


Sirens was written from a place of fear and anxiety about the potential of an extreme climate disaster / nuclear war event which leaves no one unaffected and able to help.