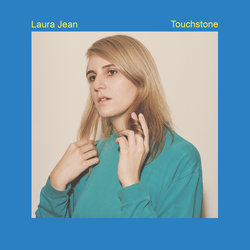 Melbourne songwriter Laura Jean is revered for the striking beauty of her music and the strength of her piercing, intimate lyrics. Her albums have been shortlisted for the Australian Music Prize and nominated for multiple Age Music Victoria Awards. She has recorded with Paul Kelly, The Drones and Jenny Haval, toured with Marlon Williams, Aldous Harding and Adalita, and performed at the National Gallery Of Victoria, Dark Mofo and Sydney Town Hall.

Laura signed with Chapter Music to release A fool who’ll in 2012, called “an uncompromising triumph” by Rolling Stone. Then in 2014, Laura recorded in the UK with producer John Parish (PJ Harvey, Perfume Genius, Aldous Harding), releasing her self-titled album later that year. The album featured backing vocals by Norwegian star Jenny Hval and a duet with Parish. It was shortlisted for The Australian Music Prize and nominated for two Age Music Victoria Awards.

2016 saw the vinyl reissue of debut album Our Swan Song, launched with a sold-out concert at the National Gallery Of Victoria.
Laura Jean's new album Devotion, recorded with John Lee (Beaches, Totally Mild) is out in June 2018 release.