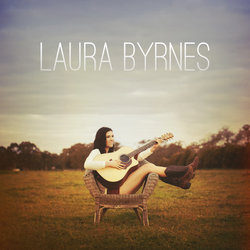 Presenting 18 year old singer songwriter Laura Byrnes, telling stories of her love for life, family and the land.
A 2015 CMAA Junior Academy of Country Music Graduate
Laura, one of country/folk music’s new emerging artists brings a fresh, real experience to the stage with her original songs. Produced by Simon Johnson, her recently released Self Titled EP features songs she has written with Drew McAlister, Allan Caswell and Brianna Lee.

Laura is currently studying a Bachelor of Ag Science where her guitar is never far away.


Weighed Down, co -written with Drew McAlister, has a modern fresh feel. Laura sings about her feelings around finishing School, working on the family farm and starting Agriculture College, touching on the anticipation and excitement of what’s to come. Weighed Down made the 2016 finale of the Songs Alive Competition.