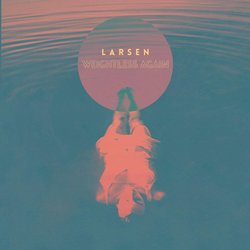 Larsen are a four piece Alt Rock/Grunge band from Adelaide, South Australia. The band consists of Liam Christensen (vocals and guitar), Sam Massacci (lead guitar), Steven Massacci (bass), and Alex Andrews (drums). Their sound has been compared to that of groups such as Violent Soho, The Smashing Pumpkins, Silverchair, and Foo Fighters.

Since the bands formation in 2015, Larsen have released an EP titled 'Another Realm, Another Day' (2015) and an LP titled 'Weightless Again' along with music videos singles 'Burdens' and 'Space Cadet'.

Some of the bands notable achievements include playing Stonecutters Festival with acts such as Dune Rats and The Bennies as well as supporting acts such as Trophy Eyes, The Delta Riggs and The Gooch Palms.


A track that utilises contrast between soft mellow verses and upbeat melodic choruses. It is a catchy track full of hooks that will stay with you long after listening.


Other tracks by Larsen: Jack Black  -  Queen of Lies
%