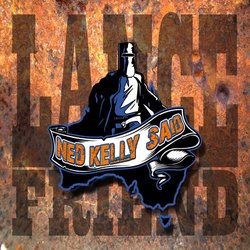 Like him or loath him, Ned Kelly is arguably an international icon for Australia. In this song Lance has hinted that ‘There is a little bit of Ned in all of Us’ as Australians continue to acknowledge his existence with various new movies, tattoos, hair styles, beards and memorabilia. The message is clear ‘It’s ok to be a proud Australian and to acknowledge our history, good or bad’.

Working with one of Australia’s finest producers Brendan Radford, Lance released his first solo album in 2012 titled ‘The Album’. Lance has been back in the studio with Brendan working on his new songs alongside some of Australia’s finest musicians including Lawrie Minson, James Gillard, Michel Rose, Vaughan Jones, Mick Albeck and the late Glen Hannah.

A swag of new songs are set to be released throughout the next year, and his focus is now on getting back on the big stages and airwaves. A new music video has been released with media attention by platforms such as Channel 7 News doing a feature story across Australia reaching millions.


‘Ned Kelly Said’ is the song that sees Lance Friend back on the airwaves after what has been an extended break from the industry. A labor of love spanning decades is now testament to a young boys school excursion to Glenrowan and the effect this visit still holds over him today.