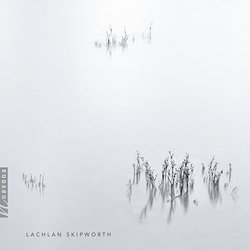 Hailed by The Australian as possessing a “rare gift as a melodist” and by Limelight as expressing “both exquisite delicacy and tremendous power,” Australian composer Lachlan Skipworth writes across the mediums of orchestral, chamber, vocal, and experimental music. His vivid musical language is colored by three years spent in Japan where his immersion in the study of the shakuhachi bamboo flute inevitably became a part of his muse. This is immediately evident in Skipworth’s major orchestral work of 2018, Breath of Thunder, for the Sydney Symphony Orchestra, Japanese drumming group Taikoz, and shakuhachi grand master Riley Lee. However, it was winning the prestigious Paul Lowin Prize for orchestral composition two years earlier which truly established Skipworth’s reputation, leading to a string of major commissions and Skipworth’s appointment as composer-in-residence with the West Australian Symphony Orchestra. In 2015, Skipworth co-founded Intercurrent, a new music performance project presenting contemporary chamber music with a goal to highlight cutting-edge musicianship and works of compelling artistic vision.


In the first moments of the Clarinet Quintet, listeners are drawn into his unique sound world with its cascade of angular string entries. Against this, the round cool tone of the main clarinet line articulates, expanding slowly from a single note into the beautiful and at times dramatic melodic line.

Other tracks by Lachlan Skipworth: The Night Sky Fall