LUCIANBLOMKAMP - Sound Of The Morning 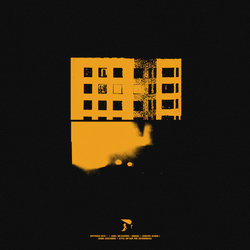 Classically trained, with influences stemming from an endless range of genres, LUCIANBLOMKAMP's music stands alone in Australia as an artist of true invention and creativity. Having increased his work producing and writing with others over the past couple of years, one could have expected his solo project could have taken a back seat, but that’s not Lucian. With a run of releases quickly appearing on the horizon, Lucian’s music has never been more potent or exciting.

His most recent release Sick of What I Don't Understand is themed around difficult transformations and self-realisation, with singles like 'Endless' and 'Nothing' receiving global acclaim from the likes of XLR8R, Majestic Casual and High Snobiety, as well as seeing support from BBC Radio 1, KCRW and Triple J. The album received a nomination for the Australian Music Prize, and his work with US-rapper 6LACK also saw him receive a nomination for APRA Song of the Year for his work on 'That Far'.


"Over a period of around 2 years there’ve been 4 pretty dramatically different versions of the track. Ironically the main inspiration for the track came from a melody that’s no longer even in the song, which was inspired by the opening melody of ‘Shadow’ by TAPZ. Wild how much the idea’s changed since then." - LUCIANBLOMKAMP