LUCIANBLOMKAMP - Doing This For You (Featuring Eliott) - Internet Download 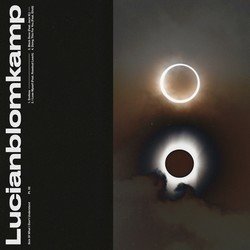 Lucian’s output has been ferocious from the start, and soon after the release of his debut album Post Nature, the then 20 year-old found himself the recipient of the Northern Lights Competition run by community radio station FBi. The prize being to play at the Iceland Airwaves Festival in Reykjavik and collaborate with local artists. In 2016, a number of his releases were sampled by Atlanta hip hop artist 6LACK. This not only helped raise his international profile, but led to an ongoing and fruitful creative relationship with Lucian producing for 6LACK on his latest single 'That Far', and certainly aided the stylistic branching out that new album 'Sick Of What I Don't Understand' documents. Likewise, the Brutalist Mixtape release with John Hassell of hugely influential Sydney electronic trio Seekae helped develop the steely sonic focus that would get Lucian to where he finds himself now, ready to re-enter the spotlight.

With a live show that has seen him grace the stages of Splendour in the Grass, Melbourne Music Week and even the Iceland Airwaves Festival - Lucian's electric performances have won him fans around the country.


Two of Australia's brightest young minds collaborate on this dynamic single, with LUCIANBLOMKAMP's gripping production providing the perfect backdrop to Eliott's powerful vocal. The feature track from part 2 of the former's Sick of What I Don't Understand project, 'Doing This For You' is a stunning indication of both artists' unique talent.

Other tracks by LUCIANBLOMKAMP: Black Dove
%