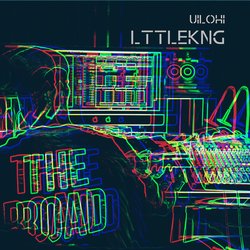 LTTLE KNG is a producer based on the Mid North Coast of NSW whose curious cocktail of soul, hip-hop, and pop with a dash of reggae creates an eclectic mashup with a palpable vibe.

This crafty act un-apologetically stays outside the box, moulding haunting vocals, cheeky riffs, dope rhythms and a collection of effects to create something a little bit interesting.

With influences that include Chet Faker, John Mayer, Fat Freddy’s Drop and Tom Misch the LTTLE KNG sound is full of surprises and anything but predictable. LTTLE KNG’s self-titled debut EP was recorded at Myrtle Street Studios in Sydney under the watchful eye of producer Alex Gooden (Evermore, SAFIA), and the single ‘Perfectly Faulty” received radio play all over the country.

LTTLE KNG’s first full studio album ‘FOCUS” was released in November 2018 and was initially given away as a free download, with the single ‘What It Is” receiving some notable traction on community radio stations across the East Coast.


UILOHI is all about staying connected even between the highs and lows of life. It is a song about acknowledging that relationships can be hard work, but rather than letting the hard stuff affect us, we should keep the connections solid!