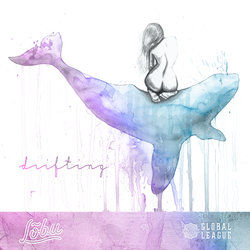 Lõbu formed his style while backpacking for more than 8 months, with much of this time spent on the road less travelled.

This 35 year old Australian producer has absorbed the essence of many unique and varied cultures he experienced during this time and transformed them into his own unique and diverse musical productions.

Influenced by better known electronic music producers Hermitute, Made In Heights, Point Point, Dan Farber, Diplo and What so Not amongst others, Lobu’s music will take you on a journey, as you can image yourself travelling across the windswept plains of the Moroccan western Sahara or the eerie clay buildings of Turkey’s Cappadocia.

A relative late comer to the music scene, Lõbu is set to make this next chapter an exciting one.


Pick up a cocktail, grab a coffee and sit back while Drifting sails you away to a better place. Just as likely to find this track in a cafe or beachside cabana, one for the chillers & dreamers.