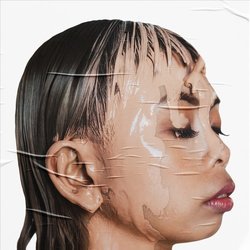 As a classically trained musician, Brisbane based LÂLKA found her vibrant, edgy, and boundary-pushing identity through a rejection of the status quo and breaking the barriers of what it means to be a woman and POC in a world oppressive of self-expression.

Through her honest and unapologetic identity, LÂLKA questions traditional stereotypes of femininity, sexuality, and artistry via her unique style, approach to music production, her extra dose of confidence and her tongue-in-cheek energy.

LÂLKA brings something new and unique to the table with her DIY approach to gritty yet opulent electro pop and visuals, as well as her incredibly engaging and high-energy one-person live show which has seen her support fellow boundary-pushers Miss Blanks, Exhibitionist, MEZKO and more. Earlier this year, LÂLKA was selected by triple j Unearthed to perform at the Brisbane leg of FOMO festival, followed by a dynamic appearance at St Jerome’s Laneway Festival and Mountain Goat Valley Crawl. Late last year, the multidisciplinary artist proved her comparisons to Charli XCX were well warranted, opening locally for the UK electro-pop star at an intimate underground ‘1999’ Party.

“I wrote the song when I had been playing a couple of summer festivals, FOMO and Laneway, and wanted to write a song that was going to be fun to perform live,” reveals LÂLKA.