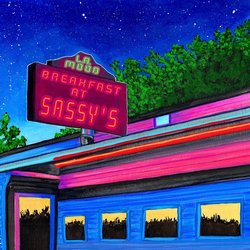 L.A. Mood has a new EP out May 10th. "Breakfast At Sassy's" is the second release from the Melbourne multi-instrumentalist and producer, and is a 'lil slice that's warm and familiar. It draws from rock moments through the decades, from the swinging 60's, psychedelic 70's and indie-pop of the 00's.

He’s launching the EP May 10th at Merri Creek Tavern, with support from Hachiku.