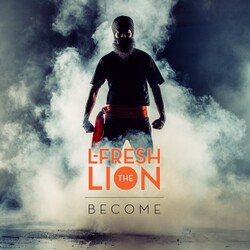 Inspired by the soulful movement in US hip hop of the late 1990s / early 2000s, and the love and respect for his own cultural and ancestral roots of the Sikhs from Punjab, India, L-Fresh is an artist like no other.

Aligning himself with many social justice issues, L-Fresh the Lion has dedicated himself to working tirelessly in the community. At present, he is an ambassador for All Together Now, Australia’s only national charity that exists solely to address racism.

His debut album ‘One’ (May, 2014) announced L-Fresh the Lion as part of the new generation of hip hop artists currently making waves in the music industry. It’s a time of change and there’s excitement in the air watching young people magnetised by the uplifting narrative of L-Fresh the Lion’s single ‘Survive’ – embraced by Triple J and community radio stations all over the country.

Signing to legendary Australian hip hop label Elefant Traks last year, L-Fresh the Lion is due to release his new album 'Become' in May, 2016.


‘1 in 100,000’ is a call to arms—the listener is given the signal in one huge gee-up of a drop! Produced by Michael McGlynn at Vienna People, he introduces L-Fresh the Lion to a completely new sonic territory, while still staying true to his roots.


Other tracks by L-Fresh the Lion: Get Mine feat. Parvyn Kaur Singh  -  Black and White
%