L-FRESH The LION - One 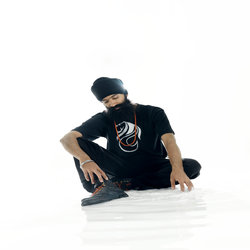 Hailing from South West Sydney, currently residing in Melbourne, 24-year old Hip Hop artist L-FRESH The LION has made a name for himself with his versatile catalogue and his energetic and engaging live show. He has gone from strength-to-strength, nabbing high profile support spots nationally; impressing the likes of Nas, Public Enemy, The Herd, Hermitude and many more. It is his passion, honesty and integrity as an artist and lyricist that has garnered him such noteworthy attention.

Recently, L-FRESH The LION was a featured speaker at TEDx Parramatta where he presented a talk entitled “Self creation through Hip Hop”. He has appeared on Channel 10’s “The Project”, ABC Radio National and ABC Sydney Local Radio. The Lion has also been a panelist at an Amnesty International event and at the Happiness & Its Causes Conference.

On a lighter note, he was voted into triplej’s Top 10 Most Powerful Beards in the Australian Music Industry.

L-FRESH The LION has been busy at work, fresh from recording his debut album due for release early next year. But not without a teaser as the first single off the album, One has just been released and boy does it leave you wanting more.


Smart lyricism, edgy beats and pure emotion make up this shining tune. His genuine love to encourage momentous everlasting impressions of peace within society is clear in his song writing. Clear tone and strong conviction, One encapsulates all that is hip hop.