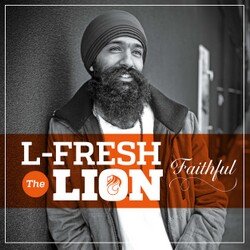 L-FRESH The LION has made a name for himself with his versatile catalogue and his energetic and engaging live show. He has gone from strength-to-strength, nabbing high profile support spots nationally; impressing the likes of Nas, Public Enemy, The Herd, Hermitude and many more. It is his passion, honesty and integrity as an artist and lyricist
that has garnered him such noteworthy attention.

Recently, The LION was a featured speaker at TEDx Parramatta where he presented a talk entitled “Self creation through Hip Hop”. He has appeared on Channel 10’s “The Project”, ABC Radio National and ABC Sydney Local Radio for his work in community.

Passionate about issues relating to social justice, The LION has also been a panelist at an Amnesty International event and at the Happiness & Its Causes Conference.
 He is also the founder of The Power To The Peaceful Community, a clothing label and online community that exists to encourage everlasting and meaningful dialogue around peace and peaceful relationships.

After the success of his hit single ‘One’, L-FRESH has just released his second offering from his album ‘Faithful’ which will be released on Friday 25th October 2013.


Faithful captures The LION's roots. It highlights some harsh realities such as problems the community often faces with drugs, poverty and selfishness.
L-FRESH encourages a message to rise above all of this; look out for each other and make the most of this precious gift we have: "life”.