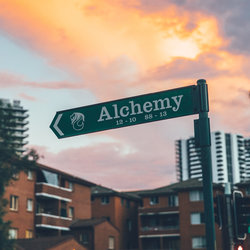 Prowling the Australian scene, Western Sydney artist L-FRESH The LION has quickly become renowned for his powerful presence, inspiring live shows and thought-provoking lyricism. His organic amalgam of world-class music and social activism has seen him seamlessly segue from underground events and ciphers to national tours and major festivals, the natural ascent of an MC with an abundance of purpose and self-belief.

Introducing himself to music lovers in 2014 with a classy opening gambit, his debut album One announced L-FRESH The LION as an integral part of the new generation of hip hop artists still making waves in the Australian music industry to this day.

It paved the way for his signing to legendary Australian-based hip hop label Elefant Traks in 2015, who helped L-FRESH The LION release his acclaimed sophomore album BECOME in May of 2016.

L-FRESH and his trusted live band have shared stages with names such as Nas, Dead Prez and Talib Kweli, as well as spitting captivating rhymes to crowds at Splendour In The Grass, Groovin’ The Moo, WOMADelaide, Woodford Folk Festival, NYE On The Hill, The Plot, and numerous other Australian festivals.


Alchemy is a nod to L-FRESH The LION’S ability to use his voice to empower others. Opening with traditional Punjabi sounds and L-FRESH The LION’S hard-hitting flow, Alchemy immediately stops you in your tracks. The bassline will have you moving as soon as it drops and the hook will stay with you long after listening.