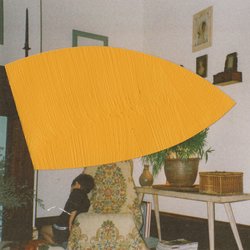 The album's title is particularly significant. Kyson's stage moniker was his nickname as an infant. His free-spirited parents (mum is English; dad, Malaysian) couldn't decide on a name after his birth, so they temporarily called him Kysan-with "Ky" taken from his father's name and "san" meaning son. As Kyson got older, his father exposed him to Asian culture, but he showed a lack of interest. It took the passing of his paternal grandfather to awaken a desire to learn more about his Chinese-Malay roots

Kyson got his start when he won an official Bon Iver remix completion with his version of "Holocene." This sparked Kyson's love for tinkering with effervescent, hip-hop soundscapes and production which eventually evolved into Kyson realizing his potential as a solo artist. With two albums under his belt and love from numerous notable publications, Kyson is paving the way for innovative, introspective, and real music to be heard.


The sweetly contemplative "The Boy" is a wafting look back at Kyson's Aussie childhood. The interracial Kyson finds himself at a crossroads between Western assimilation and his Asian heritage. Creatively, "The Boy" paved way for an album straddling that rare space between relatable and personal.

Other tracks by Kyson: Innocence Arrogance
%