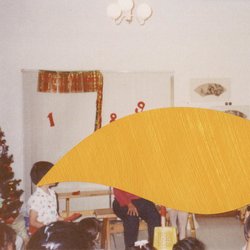 The inimitable Kyson truly is a master of his craft, inspiring notable collaborators to be involved with the creation of his work. This project had the help of talents BD Graft (art and design), Sebastian Maschat (Whitest Boy Alive), Andrew Sarlo (Big Thief/Nick Hakim/Local Natives), Heba Kaudry (Beach House/Bjork) and more.

Kyson got his start when he won an official Bon Iver remix completion with his version of 'Holocene'. This sparked Kyson's love for production, eventually evolving into him realising his potential as a solo-artist. Over the years, Kyson has released two albums, and has seen support from the likes of Pitchfork, Stereogum, The Fader, The Line of Best Fit, and more, with his new collection of music bound to pick up many more supporters along the way.


'Slowdown' is a reminder to myself just to stop and take a breath, even though I like to think I'm calm, I'm actually a really hyperactive person, especially super early in the morning. I couldn't count the number of times my father said to me 'Slowdown Jian' as a child, so that's where the title is from."