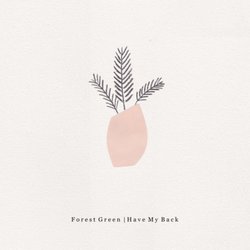 The most hypnotising songs are ones we can sink in to, forgetting about everything as their words and melodies wash over us, and that’s the kind of musical alchemy Kyson creates. His abstract electro-folk is designed to take you closer to his complex and nomadic soul. Skin-prickling and strange; soul-bearing and melodious all at the same time, Jian’s latest work could be described as a cocktail of Ben Howard’s vulnerable vocals and Arthur Russell’s entrancing production, but Jian’s ear for a strong hook elevates it into something greater; a sound he can call his own.

He's already released two albums - via Friends Of Friends, the LA electronic label affiliated with notable such acts as Shlohmo and Tomas Barfod - and with album number three on the horizon, Kyson made his return this summer with the with a series of single releases. The series began with ‘Every High’ which spent the best part of a week at the top of the Hype Machine chart and was followed up by ‘Clear Air’ which has received heavy playlisting support. ‘Have My Back’ continued the singles series which is then completed today with the release of ‘Forest Green’.


‘Forest Green’ is built around Jian’s vocals which have gradually become a more prominent feature of his work as his indie influences have continued to build.