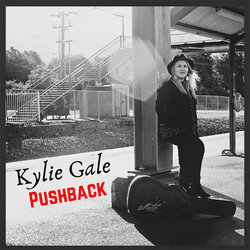 Kylie Gale is performing country from the coast. The Caves Beach singer-songwriter releases her debut single, Push Back, in August 2019.

Originally from Coonamble, Gale began singing when she as 15 when a high school teacher made her sit at the piano in class and sing.

"She nearly fell off the stool when she realised I could sing,” she said. “I’d been playing guitar since I was seven and I went right through school doing music and did singing lessons for five years.”

Life creates other priorities, though, and Gale became a teacher, married and raised four children, although still sang and played. Country music was always her chosen genre, stemming from growing up in Coonamble in regional NSW, and being raised on a healthy diet of Slim Dusty and Tex Morton.

Graduating from the 2019 CMAA Academy of Country Music senior course in Tamworth spurred her to record her debut single. This is the realisation of a dream Gale has had since her teenage years.

Gale has been writing her own songs for about six years, but Academy provided her the confidence and know-how to get into the recording studio and make the dream come true.


From adversity comes strength and new songs, as is the case with the debut single from singer-songwriter Kylie Gale. After a particularly tough day at work teaching, she turned it into a positive, writing Push Back.

The song is about feeling that even though you’re a good person you get used and sometimes you have to push back.