Kylie Adams-Collier - Ferry Over The Clarence 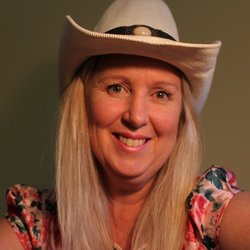 
During Kylie's stay at the Clarence Valley Country Muster in northern NSW, she took a ferry over the mighty Clarence River. Some locals had given her directions to Grafton via a river country road by Southgate. Kylie enjoyed the trip so much she penned a song to include the giant fig tree, the white jacaranda and ofcourse the river.

Other tracks by Kylie Adams-Collier: On a Sandstone Ridge  -  Moonshine
%