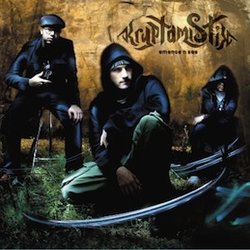 Spreading their positive messages of respect and intellect mixed with lyrical precision and banging beats, the group have been a mainstay of the Brisbane hip hop community since their conception in 1998. With the duo taking on all aspects of the craft, from mic skills and live freestyling to beat production and recording, the pair have remained the core of the KryptamistiK movement since day one.

Despite the circulating nature of the bands members, Skinz and Nikzman continue to push the envelope of hip hop culture in Queensland. Recently joined by Layla (Truth Serum), Billie Weston (Dubmarine) and Brahman on vocals, the band mixes hip hop with a soulful and funk styled backing. With DJ Yagi on the wheels of steel, the band has played shows and conducted hip hop workshops from The Cape to Coolangatta.

The crew have supported hip-hop legends from around the world such as: KRS-One (USA), Lyrics Born (US), Z-Trip (US), Mystro(UK), Foreign Beggars (UK), Motley (UK), The Apostles (US), and Savage (NZ) as well as national icons Bliss N Eso, Astronomy Class, Dubmarine, Illzilla, Thundamentals, Drapht, The Tongue, Elf Transporter, Dazastah,and many more.


This soulful number reminds those blinded by the chaos of our time of the simpler things in life.

Other tracks by KryptamistiK: Same As You