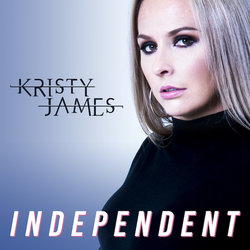 To add to her success, Kristy was part of the new television sensation ‘”All Together Now” which aired in October last year, where she joined a panel of judges called ‘The 100’ led by team captain Ronan Keating and hosted by Julia Zemiro.

Kristy continued her very busy year in Los Angeles and Nashville in November last year where she recorded her next album with Grammy winning producer Jamie Tate of the Rukkus Room Recording Studio.


A fun party song with a strong message, Independent is a story of a woman that has had the man, he didn’t treat her as the woman she is and she recognised it. Upbeat, cool, rocky and fresh!