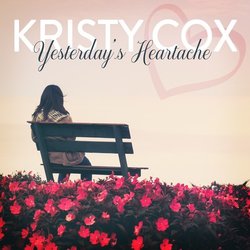 Kristy is one of the most refreshing and exciting names in bluegrass music worldwide. She has been consistently honing her craft since a young age and through her hard work and commitment - has received major support from key radio & television - as well as from her industry peers.


Kristy Cox unleashes the first single from the long awaited follow up to her Golden Guitar winning album,“Ricochet”.

Written by Jerry Salley, Kelli Kingrey and Bruce Carpenter - “Yesterday’s Heartache”, is a fun, up-tempo tune that touches on the tale of holding on.

“The first time I heard it I knew it was for me”, says Kristy.