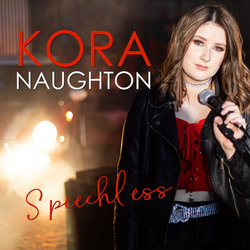 At just 18 years of age - Kora Naughton - is proving herself as an artist with drive and determination.

In 2015, she was forced to give up her passion of cheerleading - a sport she had loved since she was 7. It was during this time she turned to music. Kora taught herself to play guitar, write songs and sing. This gave her the freedom to channel her emotions through music.

In January 2017, Kora attended her first Tamworth Country Music Festival where she busked for ten days. It was from this moment that she found a new passion in life and that music was what she wanted to do.

In early 2018, she collected her songs and commenced work on what would become her debut album, "Ride or Die", pricking the ears of music industry tastemakers including journalist & radio presenter, Stuart Coupe as well as Double J's Henry Wagons who have both thrown their support behind the teenager.

Currently finishing Year 12 at High School, Kora has firm plans to make music her full time career. She is working on new material and has been in the studio with award winning producers Shane Nicholson and Rod Motby.